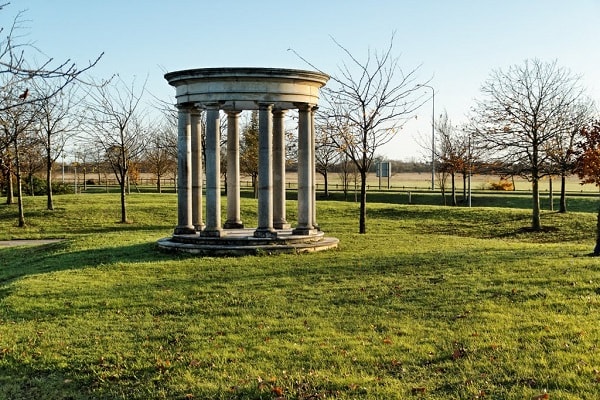 The Archaeological Park is one of the most significant Iron Age and Roman sites in the country. Enjoy a walk around the Park, discovering the highlights of the site with the interpretation boards.

Excavations in the fields surrounding the farm (probably named after the 13th century landowner, Rodger de Gosebek) began in the 19th century with the discovery of a Roman temple by an amateur archaeologist, the Reverend Henry Jenkins. However, the true scale of the site wasn't known until archaeologists examined aerial photographs of the area in the 1930s.

Once the focus of the extensive pre-Roman settlement of Camulodunum (present day Colchester) and the royal seat of a succession of native kings, Gosbecks Archaeological Park offers today's visitor a mix of outstanding Archaeological evidence, historic and natural landscape and pleasant country walks.