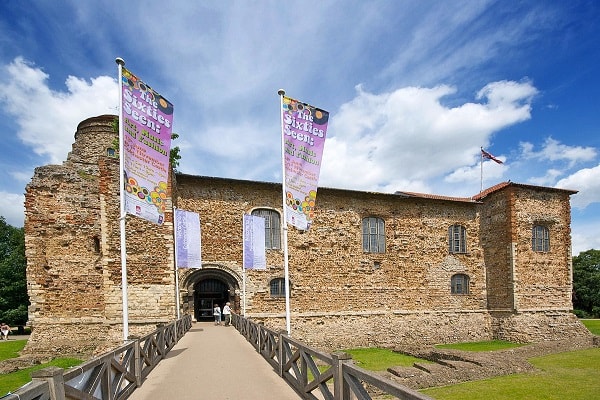 Colchester Castle is the largest Norman Keep in Europe. Constructed on the foundations of the Temple of Claudius, built when Colchester was the first Roman capital of Britain, the Castle Museum today reveals many fascinating layers of history to visitors. Archaeological collections of international quality covering 2,500 years of history are beautifully showcased, including of the most important Roman finds in Britain.

The Castle is one of England's most important heritage sites and one of the most popular visitor attractions in the East of England. A visit to Colchester Castle is now bigger, brighter and better than ever before, with brand new interactive displays including new finds and star exhibits like the Colchester Vase and the Colchester Mercury statuette. Visitors can try out some exciting new experiences - try your hand at building a Norman archway, excavating a Roman doctor's grave or steering a chariot around Colchester's recently uncovered Roman Circus! Be wowed as a large scale 'son et lumière' projection transforms the east wall with light and sound.