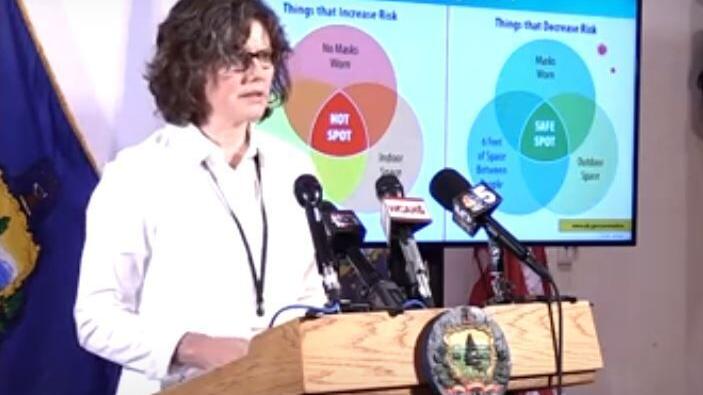 While discussing data for the state, Department of Financial Regulation Commissioner Michael Pieciak said Friday that over 21,000 tests for COVID-19 were administered to college and university students this past week, bringing the total conducted over the last few weeks to about 27,000.

Of the large, recent batch — which was clarified to be total tests and not the number of individuals tested — Pieciak said there were only 33 positive results.

That caused Dr. Patsy Kelso, the state’s epidemiologist with the Vermont Department of Health, to say, “I think the reopening has clearly been a success.” She went on to say that she doesn’t anticipate any outbreaks stemming from the large amount of students returning to colleges and universities.

“We don’t expect to see any new big spikes on college campuses due to the reopening,” said Kelso. “Of course, going forward depends on how colleges and students manage the situation when there are cases: quickly identifying them, getting them isolated, and getting close contacts and quarantine. If that continues to happen, we shouldn’t have major problems.”

Pieciak echoed that, saying, “Now it’s just a matter of making sure they follow through on the public health guidance throughout the semester. But, so far so good on the higher ed restart, certainly.”

Scott said he’s not as worried now about the students as he is about who they might be allowing to join them on campuses. He also stated the reopening being a “success” does not mean institutions of higher education are in the clear moving forward.

“We can’t as a state, we can’t as colleges and universities, rest on our laurels,” said Scott. “It has been successful thus far, but we have to remain vigilant. We have to make sure that we’re not bringing people in from other states that may be at high-risk counties to come visit students. That’s my biggest concern, and that we will become [lackadaisical] in some respect and complacent. So that’s what we have to keep our eye on, and I know the colleges and universities understand that as well. And we keep reinforcing that. But that would be a concern in the future. So we don’t want to declare victory. We have to remain vigilant.”

In August, Pieciak said there were a record 68,000 tests administered, that largely being due to all of the higher education students who received one, with 214 positive cases being discovered in that time. The commissioner noted the average hospitalizations due to the virus saw two people being treated with less than one person being in an intensive care unit on any given day.

Kelso reported on an outbreak that resulted from a private party held Aug. 19 at the Summit Lodge in Killington. With two new cases being identified on Thursday, the total is now up to 17; eleven of those were guests at the party while the other six were due to subsequent transmission from someone who was there.

Of the 49 guests who were at the party, the Department of Health had been in contact with 34 as of Friday’s press conference. Fifteen of the guests were from out of state, and their respective departments of health have been notified.

Kelso said multiple testing opportunities will be made available to the public around the Rutland and Killington areas this coming week for community members who might be worried about having contracted the virus. 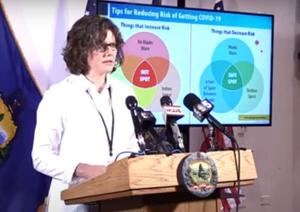