MONTPELIER – The Scott administration pitched Tuesday an almost $1.7 billion state budget for the upcoming fiscal year, an amount nearly matching what the governor proposed in January before COVID-19 disrupted the state’s budgeting.

According to administration officials, Vermont has been able to largely level its state budget in part due to savings from the previous year’s budget and through federal revenues, creating what the state’s finance commissioner Adam Greshin dubbed a “’steady as you go’ budget.”

“We believe, this is not the time to be making major changes,” Greshin said during a call with reporters Tuesday morning. “The dust has still not yet settled. There is still a fair amount of questions that haven’t been answered both in Washington as well as in Vermont with our economy and our revenue stream.”

Throughout the morning – and later during Gov. Phil Scott’s regular press conference – officials described a budget intended to shore up Vermont’s economy without, according to Greshin, significant cuts to “critical programming” and little major ebbing and flowing.

“This budget by no means qualifies as an austerity budget,” Greshin said, noting the $1.66 billion budget proposed by Scott’s administration was actually higher than what the administration recommended during 2019’s budgeting process.

Scott stressed his budget remains steady compared to what his administration presented in January, telling reporters Tuesday he believed the early months of the pandemic were not the time for dramatic changes in state budgeting or programming.

His proposal also came with the oft-touted promise of no additional taxes or fees, a common theme for the Scott administration that Scott said would be especially important as Vermonters struggled amid a pandemic and a subsequent recession.

“I don’t believe this is a time to be asking for more from Vermonters, especially when we consider we haven’t yet felt the full magnitude of the pandemic, nor do we know the extent of the economic impacts,” Scott said. “As well, we should not be cutting essential programs for Vermonters, and our budget won’t be doing that either.”

According to officials, a blend of an unexpectedly high surplus from a previous budget as well as better-than-expected revenue from delayed state taxes and federal offsets from the CARES Act and its higher federal match for Medicaid spending painted a more optimistic picture for the 2021 fiscal year’s budget.

The state budget proposed by officials Tuesday doesn’t use the state’s $230 million in reserves, often referred to as the “rainy day fund,” though officials hesitated to write off the reserves’ use completely.

“We have a lot of uncertainties out there,” said Secretary of Administration Susanne Young. “To say using reserves is nonnegotiable is not the place to be right now.”

Officials also stressed that, while the state was able to lean on higher-than-expected revenue, surplus and federal funds for its 2021 fiscal year proposal, those same supports might be absent in the following years, where state economists recently projected dour deficits amid Vermont’s recovery from COVID-19.

Mixed into those revenue projections were uncertainties around further federal support from a gridlocked U.S. Congress and progress on managing COVID-19, which continues to surge through much of the U.S. amid outbreaks linked to states reopening their economies too soon.

“We came into this with a really strong position,” Young said. “We need to understand this is the FY21 budget with an awful lot of coronavirus relief and one-time money helping us through this, and we may not have that in FY22.”

It was a similar tone raised by Scott during his own press conference Tuesday, when the governor stressed “there will be more difficult budget decisions ahead.”

“Even if we see a vaccine distributed after the new year, the next fiscal year that begins in July of 2021 could be a much bigger challenge,” Scott said, “in part because of the onetime nature of the support from Washington but also because of the unknowns we face in our economy and with the virus.”

At $1.66 billion, the state budget introduced by Scott’s administration Tuesday comes up short of the $1.71 billion Scott had introduced in early January, when the state budgeting process generally begins and more than a month before COVID-19’s arrival to Vermont.

This year sees a few initiatives promoted by the governor included, with $14 million allocated between a funding boost for the Agency of Transportation, broadband expansion through communications union districts and technology upgrades for state officials working remotely due to the pandemic.

Also included was a $2 million proposal listed as “economic stimulus equity,” a project looking to extend stimulus benefits to Vermonters overlooked by the federal government’s $1,200 stimulus check program due to either their lack of or their parents’ or spouse’s lack of a social security number.

The details of the program would need to be worked out with the legislature, according to Young, but would likely be administered by a nonprofit organization capable of protecting recipients’ identities.

The proposal comes after several advocate groups in Vermont have called for including stimulus payments for Vermont’s migrant farmworkers in the state budget after many were overlooked for stimulus payments despite many working as essential employees on farms or seeing layoffs as farms contended with a dramatic collapse in demand for certain dairy products.

“Economic stimulus equity,” $2 million – This proposal extends stimulus benefits to Vermonters who didn’t receive federal benefits because either they or their family lacked a social security number.

Downtown and Village Center tax credits, $1.3 million – These tax credits would actually be seen as a revenue reduction in the state budget, as the state would allow for some projects in downtowns and village centers tax relief for improvements through this preexisting redevelopment program.

More than $196 million in proposed spending was divided into two tiers, with the second tier representing funds the state would need to be granted federal approval to spend pending the U.S. Senate’s return to Washington, D.C., in September.

The initial tier allocates the bulk of the remaining funds – roughly $133 million – to the Vermont Agency of Commerce and Community Development (ACCD) for bolstering existing grant programs and expanding access to those programs.

According to Young, administration officials will begin lobbying for expanding access to a grant program for sole proprietors, expanding nonprofit organizations’ access to relief funds and lower standards for accessing business relief programming from reporting a 50 percent fall in profits from 2019 to 30 percent.

Outside of the funding boost to ACCD’s grant programs, another $19 million earmarked to state agencies in the Scott administration’s proposal would boost funding for existing grant programs or other steps taken to address state agencies’ work through the pandemic.

Members of the administration also detailed a $12 million proposal for using CARES Act funding to expand child care access in Vermont ahead of next month’s partial reopening of schools.

In light of the higher demand most schools’ hybrid reopenings places on child care services, the Scott administration is proposing to loosen restrictions on home-based child care providers and reimburse those providers for more than four hours of care for children on remote learning days.

Scott is proposing regional child care hubs in collaboration with local supervisory unions that would provide child care services and function under regulations as summer camps.

A second tier of funding is contingent on states being granted additional authority in allocating CARES Act funds, much of which is still restricted under federal guidance.

The second tier’s $44 million would allocate $30 million to the Vermont State College System, which is projecting a significant loss in revenue due to declining enrollments made worse by COVID-19, and additional technology improvements for state programs.

Absent Congressional approval for greater flexibility in using CARES Act funding, Young said the administration would likely have to “regroup” and work things out with Vermont’s legislature.

Additional business relief, $133 million – The administration is proposing to shore up existing grant programs with another round of funding and expand access to those programs.

Expanding Vermont’s child care programming, $12 million – The Scott administration is looking to target COVID-19 related funding at a pair of grant programs for supporting access to home-based child care providers and standing up regional child care hubs around the state. 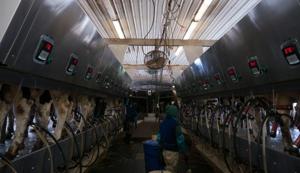 Be the first to comment on "No steep cuts, no new taxes in ‘steady’ budget from Gov. Phil Scott"