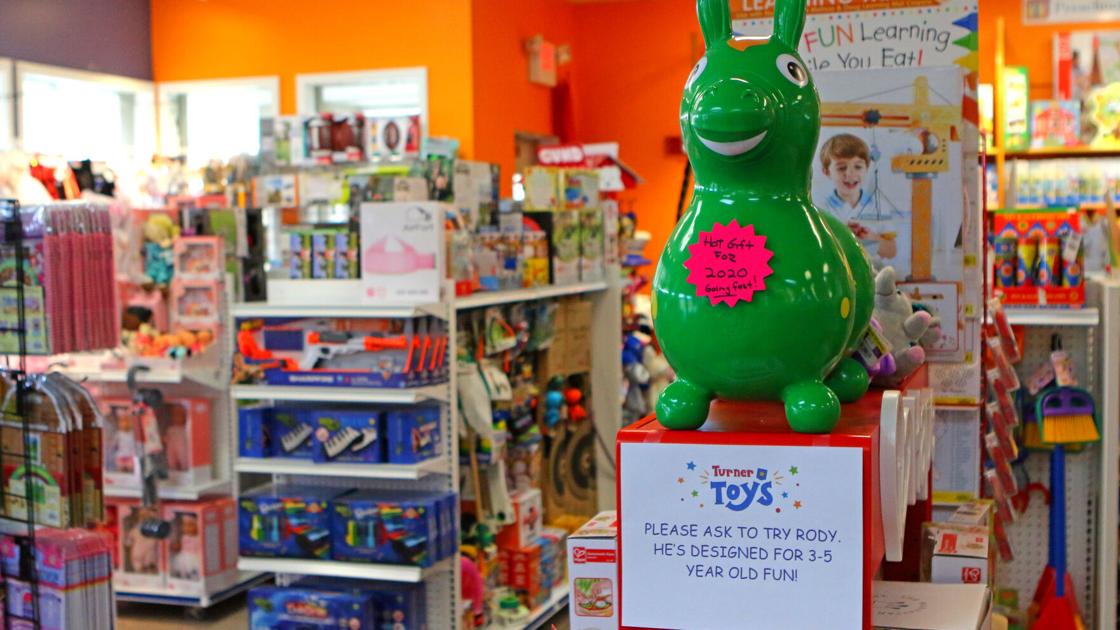 ESSEX — First-time and returning customers alike can get their hands on new toys, games, and puzzles before making a purchase simply by visiting Turner Toys & Hobbies in Essex.

While the alliteration of “a kid in a candy shop” might sound better than “a kid in a toy shop,” some might say the latter can more easily bring out the smile of a child — even once that kid grows up. Turner Toys is set to do just that over the next month and beyond as it’s plenty stocked with toys and games for both the young and old.

COVID-19 restrictions are currently limiting Turner Toys & Hobbies to only allowing 13 people in the store at any time. Hand sanitizer will greet you at the door, as well as masks in case you forget yours.

Turner Toys & Hobbies: Where and when

Turner Toys & Hobbies is located in the Essex Experience with an address of 21 Essex Way #116; it’s just a couple doors down in the building immediately to the right of Hannaford if walking towards the grocery store. The toy shop’s hours are typically 10 a.m. — 6 p.m. Monday through Friday, 10 a.m. — 5 p.m. Saturday, and 11 a.m. — 4 p.m. on Sunday; however, it might be staying open a little later any given day over the next month.

Essex’s Turner Toys is owned and operated by Peter Sloan and his wife, Elizabeth Skinner, who have lived in the town since 2003. It’s a family business of sorts as their two children, young adults who both graduated from Essex High in the last few years, help out in ways; Sloan says his son punches price tags onto products faster than anyone else he’s ever seen, and his daughter has accompanied them to trade shows to give her thumbs-up of approval.

The toy store is not affiliated with companies of similar names based out of Massachusetts and Ohio but instead is named after a “turner” — a person skilled in turning wood on a lathe.

Turner Toys & Hobbies was founded in the late 80s and started out selling just a rattle made from a single block of wood. It would expand and begin making other toys before Sloan and Skinner purchased it as an online-only enterprise in 2011. They would soon find the need to have a physical retail store and bounced around between three locations in town before setting up shop in the Essex Experience in 2015.

“It’s funny, because still — every day — there’s people coming in the store saying, ‘Did you just open?’ It’s one of the things we’ve discovered is: it takes people a while to ‘program’ a new store, sort of, into their routine.”

Like a library of fun, you could spend hours in the store if meticulously looking at each of the many items available throughout its 2,000 square feet. The web will tell you that Turner Toys carries “an unbeatable selection of toys, games, puzzles, arts & crafts, and gifts for kids,” but it’s so much more than that.

The store is laid out in different sections including babies and toddlers, science, and puzzles.

“Starting in March, puzzles have been the go-to item for people who are spending lots of time at home,” said Sloan. He also noted that, while Turner Toys offers a wide variety of newer, lesser-known games, a lot of adults have recently been visiting to purchase the classics. Additionally, Sloan said Legos have been “absolutely flying out of the store.”

Upon further perusal, you can find stuffed animals, fidget-like items, and smaller, real-baking kits that make for a fun family activity. The store also carries workbooks and flashcards to help supplement what children are learning and school, and it just started to sell certain sporting goods this year such as soccer balls and boxing gloves, “which we figured will be really popular during quarantine,” quipped Sloan.

Hobbies certainly don’t take a backseat as Turner has a nice selection of materials for arts and crafts and model rockets.

“We had a customer who put it very succinctly a couple years ago: ‘You know, it’s great; I just spent $100, and I’m going to spend the day shooting off rockets with my kid. You go to the tire store, you spend $400, and you’re miserable,’” recounted Sloan. “One of the things we really like about the toy business is that, for the most part, everyone’s really happy when they come here.”

“People just like being able to come and put their hands on things before they buy it,” Sloan said as to why he thinks his store has been able to be successful despite the online powerhouses, like Amazon.com, continuing to be a popular, convenient option. “As a brick-and-mortar retailer, we can offer that; online can’t. Online has everything under the sun, but you can’t put your hands on the stuff before you buy it. And this year, especially, that seems to really appeal to a lot of people.”

Sloan also noted that it’s the adventure of visiting a toy store which makes it that-much more special of a buying experience for children, as well as the timeliness of it.

“So much of what’s bought in our store is for kids,” he explained. “So if a child goes to an appointment and is good, you can say, ‘Okay, you were good; we’re going to go buy a toy.’ Telling them, ‘Hey, we’re going to go look at the computer, and it will show up in two-to-three days,’ that’s an eternity for a kid.”

Sloan added that he hears customers tell him all the time that by visiting the store, they come across items that they would not have otherwise thought to look for online and likely would not have stumbled upon through the internet.

Note that online and phone ordering is available with a free curbside pickup option, but shipping is only being offered to locations in Vermont since restocking during the holiday season will not be easy — and Sloan and Skinner want to give their local customers “a good selection to choose from.” 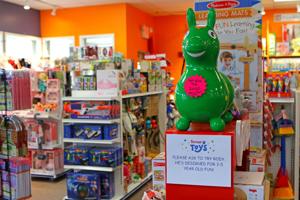