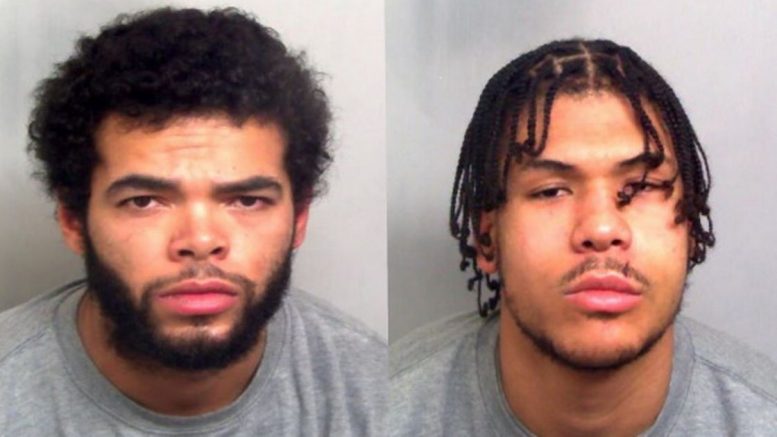 A “cowardly” duo who stabbed a man to death in his own home in the middle of the night refused to accept their guilt – despite CCTV showing them kicking down his front door.

Phoenix Lee and Sheldon McKay have been jailed for life when appearing at Chelmsford Crown Court on Monday (October 11) following a trial for murder.

Lee and McKay were convicted of the murder of Alinjavwa Siwale, 22, despite denying their involvement throughout the trial.

Mr Siwale was found injured at the address in Affleck Road, Colchester shortly after 12.15am on Friday, December 11 last year. Sadly, he was pronounced dead at the scene, having suffered multiple stab wounds.

A second man at the address had also been stabbed and he jumped over a neighbouring fence to get help. He was taken to hospital for treatment.

When police arrived on the scene, it was established that the front door had been forced open and officers began searching the Greenstead area.

Just after 3am, a call was received from a house on Teal Close, reporting someone who had been knocking at the back door of the property for several hours.

An officer from the police’s dog unit was first on scene, and detained 25-year-old Sheldon McKay in the garden of the property. His bloody clothes were immediately seized and he was arrested on suspicion of murder.

McKay was later forensically linked via his clothing to the DNA of the victim Alinjavwa. Further enquiries with McKay’s associates led to the arrest of 20-year-old Phoenix Lee.

Detectives gathered CCTV which showed the pair forcing the front door open at around 12.12am on the morning of the murder.

Just three minutes later, the second victim left the property to get help from a neighbour, whilst Alinjavwa lay fatally wounded in the kitchen.

Both men, of no fixed address, were charged with murder and with committing grievous bodily harm with intent.

Senior Investigating Officer Julie Gowen, from the Kent and Essex Serious Crime Directorate, said: “Lee and McKay have been cowardly throughout this investigation and have constantly denied their involvement.

“Alinjavwa’s family were denied the truth about what happened on the night of his murder, but the court have decided upon their parts in his death and sentenced them accordingly.

“Throughout the investigation my team have worked tirelessly, carefully piecing together the movements of those responsible for this horrendous crime and ensuring early arrests were made.

“These dangerous individuals will now spend a significant amount of time in prison making Essex a safer place.

“Shockingly, Alinjavwa was killed in his own home, somewhere he should have been safe from harm.

“I hope today’s outcome will bring Alinjavwa’s family some justice, and will give them some peace to allow them to move forward with their lives.”

Want the latest Essex news direct to your inbox? Sign up here.

Updates as A12 collision leaves man with ‘life-threatening’ injuries

Colchester’s most senior civil servant to retire after 20 years

There was queuing traffic for two miles Essex Live – Colchester…