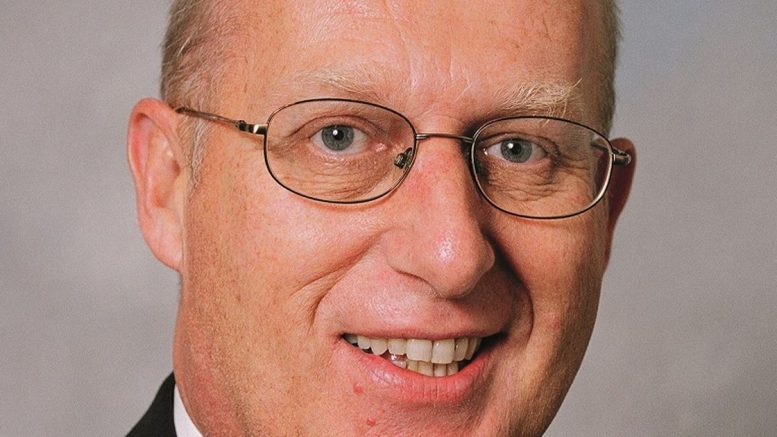 Colchester’s most senior civil servant will retire next March after 20 years on the borough council.

Adrian Pritchard, who joined Colchester Borough Council in 2001 as an Executive Director before being appointed the chief executive in 2004, will also be stepping down as managing director of the council’s commercial arm, according to a statement.

Mr Pritchard oversaw the creation of Colchester Commercial Holdings Ltd and its subsidiary companies during his time as the chief executive.

He said in a statement: “This has been a hard decision but after working in local government for over 48 years and being Chief Executive of Colchester Borough Council for over 17 years, it is time for me to move on.

“I have been privileged to work in the local government sector for so long and proud to have been the Chief Executive of the large and outstanding borough council that is Colchester.

“I know that in my time I have asked a lot from my colleagues – from frontline service deliverers to my senior and executive management team colleagues – and even more so during the past 18 months of the global Covid pandemic. I have to say that they have surpassed all that I have asked of them and I am proud of every one of them.”

Leader of the Council Paul Dundas (Con, Stanway) said in the statement: “Adrian has been a stalwart of Colchester Borough Council for many years. I think not only does this council owe him a debt of gratitude for his service, but Colchester as a whole does.

“His dedication to his work and to this borough has been tremendous, and I know colleagues across the political spectrum have valued his work, support and guidance over the years.

“As well as his work in Colchester, he is well-respected across local government for his long and hard work and service in the sector, and has gone to great lengths to ensure Colchester’s voice has been heard nationally in local government matters.

“I wish every success and enjoyment to him and his family in his much-deserved retirement, but I know he will be big shoes to fill going forward. I am very grateful that Adrian has given us extended advance notice and will be remaining with us for the next six months to ensure a smooth transition. On behalf of everyone at CBC, thank you Adrian for everything you have done for this borough.”

He will officially step down as the borough council’s chief executive and Managing Director of Colchester Commercial Holdings on March 31, 2022.

Live updates as armed police are dispatched to Colchester

Covid rates are rising in 5 Essex towns as restrictions ease

Essex takeaway named one of the best in Britain

Residents ‘evacuated’ and police cordon off road after suspected bomb

Officers have since arrested a man Essex Live – Colchester…

They stabbed the victim in his own kitchen Essex Live – Colchester…