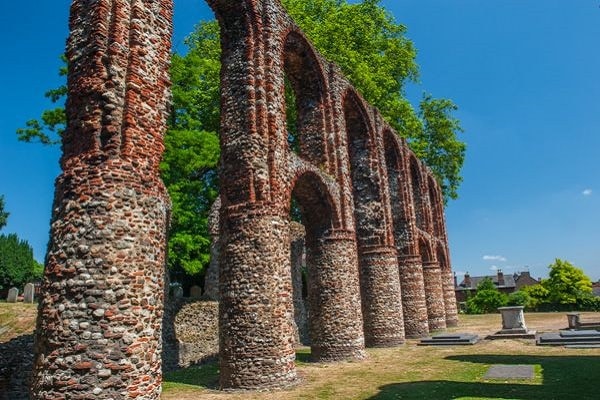 Colchester is Britain’s Oldest Recorded town, with a recorded history stretching back 2000 years. Once the capital of Roman Britain, Colchester today proudly preserves and displays its history for you to discover. 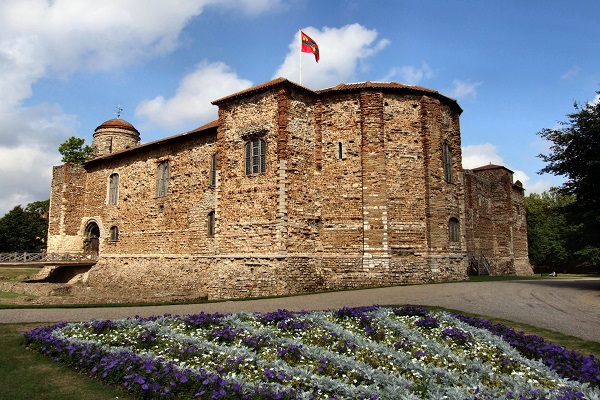 From the Celts to the Victorians, via a colourful history incorporating Romans, Normans, Civil War and much more, Colchester’s past is on display and waiting to be discovered by you, interwoven throughout the fabric of the town.

With many historic sites still standing, you can discover Colchester’s past simply by walking the streets, visiting museums, and exploring the events in town.
• Discover Colchester Castle, the largest Norman Keep ever built, now home to a large collection of artefacts dating back to the Celts and Romans.
• See the impressive ruins of St Botolph’s Priory, an English Heritage site of a former Augustinian Priory.
• Visit the Roman remains still sitting proudly in the town, including Balkerne Gate, the Town Wall, a Roman Theatre and the Roman Circus
• See St John’s Abbey Gatehouse, the remaining part of an important building in Colchester, now an English Heritage Site
• Explore the Dutch Quarter, whose streets are lined with wooden-beamed Tudor housing, once home to Flemish weavers who made the town’s cloth industry world-famous.

There are no written records to shed light on life in Colchester in the 500 years after the end of the Roman rule. The next documented event was in 917 when the Wessex King Edward the Elder, son of Alfred the Great, expelled a Danish garrison that was occupying the town. Edward repaired Colchester’s walls and effectively re-established the town.

The Saxons may have given Colchester its modern name, which derives from Colneceaster, meaning ‘Fortress on the Colne’. Only one of their buildings, the tower of Holy Trinity Church, still stands. This dates from about 1000 and is the earliest surviving medieval building in Colchester, built using brick and tile of the town’s Roman remains.

National political and religious struggles were reflected in dramatic local events in the 16th Century. St Botolph’s Priory & St John’s Abbey were both closed down in King Henry VIII’s dissolution of the monasteries in the 1530’s.

In the reign of his zealous Catholic daughter Queen Mary, forty Protestants from Colchester and the surrounding district were burnt alive at the stake as heretics; a larger proportion, relative to population, than in any other town in England.