While we can never truly predict what a year will bring, 2020 was certainly a memorable year for Vermonters and many around the world. The social fabric of society was forced to adapt rapidly to new ways of life: life at a distance. Schools struggled to remain open whether in-person or virtually, families had to create classrooms in their homes, businesses had to completely augment their policies and procedures, all while everyone continued with their daily tasks as best they could.

But in a year of extreme upheaval and change, communities forged on with bravery and willfulness, as Vermonters are wont to do. Now at end of the year, we looked back on some of the most popular stories that made it to the pages of the Colchester Sun, and the people who inspired them. 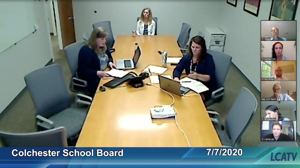 Be the first to comment on "Biggest Trends of 2020: Colchester"